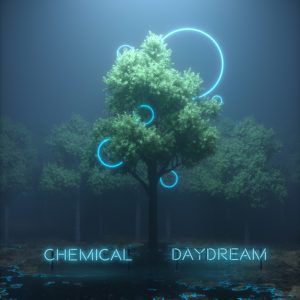 The Alchemy is probably an unfamiliar name to you. Their latest release, ‘Chemical Daydream’, is poised to change that. Hoping to prove they’re not “just another rock band”, their album is comprised of ten tracks hand-picked to highlight the vast influences the band has. From the Enter Shikari-esque ‘We’re All Just Criminals’ to the catchy ‘Slave to Gravity’, each song offers something subtly different.

‘Take Me Alive’ is an unspectacular intro; the tone and style of guitar licks suggest it’s a generic pop-rock tune, but paired with the hefty bassline, the song manages to pull itself away from this initial judgement. The subtle electronica that chimes in adds another dimension to a song that could be quite boring without The Alchemy’s energy and ability.

Building on The Alchemy’s electronic-infused rock sound is ‘Better the Devil You Know’. The pairing of cleaner guitars and distorted ones causes difficulty pinning one genre onto the Canterbury quartet. Elements of this song feel familiar, from the singalong chorus to the buzzing synths in the bridge and at over four minutes long, ‘Better the Devil…’ feels too much: the song feels stretched thin and does little to hold our attention.

‘Intertwined’ transitions the LP effortlessly from pop-punk to perfectly produced stripped-back tracks. Rhys Taylor’s vocal and Alex Porro’s synths are quite obviously influenced by the late Arcane Roots. The emotion in Taylor’s voice as he delivers his words is captivating – it’s difficult to feel anything outside of this track. Each element works perfectly to make ‘Intertwined’ the stand-out track on this record – put simply, it’s stunning.

The title track, ‘Chemical Daydream’ will throw you into a spin as Taylor sings, “am I alive, or am I just a machine?” It sits at almost six minutes long and flows through all of the sounds present on the album. Bringing emotion and philosophy into play with some brilliant lyrics, there’s a lot to love about The Alchemy‘s debut LP.

‘Chemical Daydream’ by The Alchemy is released on 29th March.