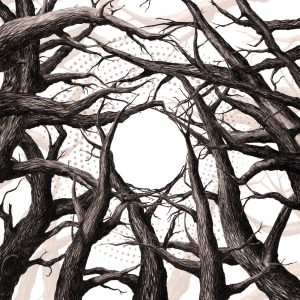 On their debut full length ‘One Day All This Will End’, Bristol quartet Svalbard fused their collective hardcore, post-rock and black metal influences into a cohesive work of aggression spaced out by melodic breaks and atmospheric build-ups. Naturally, second album, ‘It’s Hard to Have Hope’ plays on these strengths, but there are a far more urgent tone and frantic energy in its delivery.

There’s a reason for this franticness. Pro-feminist declaration has always embodied Svalbard’s lyrics in a suggested sense, but on ‘It’s Hard to Have Hope’, misogyny, sexual assault at gigs and women’s reproductive rights are approached head on and at great length. “You call me a feminazi, and I’ll call you ignorant,” vocalist Serena Cherry proclaims on ‘Feminazi?!’ with the spite of someone who’s had too many losers tell her she’s overreacting.

Most harrowingly, Cherry’s personal recollection of sexual harassment at a gig is chillingly reflected on ‘How Do We Make It Stop’ (“I dare not cross off the crowd that tried to touch between your legs”). It’s a song that provokes thought and empathy towards women who have experienced such treatment while trying to watch the bands they love. In a genre that prides itself on unity and inclusion for all, a song this urgent is a bitter pill to swallow.

Plenty more topics encompass ‘It’s Hard to Have Hope’, from the suffering of designer dog breeds (‘For the Sake of Breed’) to the mistreatment of young workers (‘Unpaid Intern’), but the message is one that defies hopelessness and demands change. Punctuated by intense metal arrangements built on blast beats, hardcore shredding and harmonious lead passages, tracks like ‘Pro-Life?’ and instrumental closer ‘Iorek’ reach triumphant climaxes that prove Svalbard’s message. There is hope and beauty at the end of these dark times, but we need to keep pushing towards it.

‘It’s Hard to Have Hope’ by Svalbard is out now on Holy Roar Records.