Review: Sunsleeper – You Can Miss Something & Not Want It Back 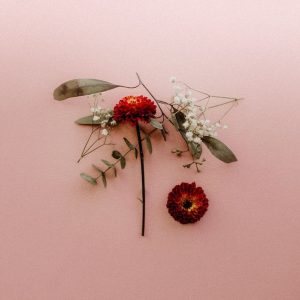 The sun is shining but your heart is heavy, and somehow Sunsleeper managed to capture that exact feeling with their debut EP ‘Stay The Same’.  A blend of emo rock which could be both bright and heartbreakingly beautiful. Returning with full-length, ‘You Can Miss Something & Not Want It Back’, they are ready to prove it wasn’t a one-off.

With a wealth of experience on the Utah music scene, it’s no surprise the band are confident songwriters.  The delicate opener ‘Feel The Same’ is the perfect example. It’s simple, but Jeffery Mudgett’s voice is nuanced and has real depth. From here onward, he uses his ability to mine sorrowful topics to create rousing, optimistic songs like ‘I Hope You’re Okay’. This tone is infused through the whole record. It can be heard clearly on ‘Better Now’, which adds a little noisy uplift just when the album needs it.

You don’t have to dig deep to see Mudgett’s influences, especially on ‘Home’ and the intro to ‘Fading’, but importantly, the songs here have a life of their own. A fair description would be if morose-rockers Citizen learned to smile. In a similar way, Sunsleeper use a fluid style without losing their focus.  This works on songs such as ‘No Cure’, which feels a little like it’s tripping over itself, but never stops tapping a raw, emotional vein. Filtered through the band’s warm lens, it really makes a mark.

What makes the album stand out is the band’s willingness to push themselves.  This is notable when louder guitars interrupt the softness of ‘Souvenir’ but elsewhere it’s far more subtle. Sleepy-sounding melody lines on ‘Casual Mistakes’ and ‘Home’ give one impression, while the songs carefully aim elsewhere. It’s intelligent and effective, hinting at what the future may hold.

Strong and confident, ‘You Can Miss Something & Not Want It Back’ is crammed with lovingly crafted songs. Enjoy this charming debut record but brace yourselves for what they attempt next, because Sunsleeper are absolutely brimming with potential.

‘You Can Miss Something & Not Want It Back’ by Sunsleeper is released on 12th July on Rude Records.