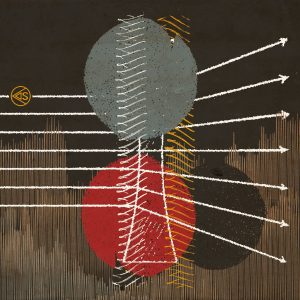 Softspoken might be an unassuming name, but this Kentucky band have the confidence to go it alone. Without label backing, they have managed to accrue an impressive following. It’s not hard to see why. Their sound is post-hardcore, but it hinges on a beautiful, sweeping vocal. With ‘Deaf Perception’, they’re picking up where their debut EP left off and with such skilful presentation they deserve your attention.

Quickly they re-established their sound with lead single ‘Paradox’. It’s familiar to be sure, integrating rapid guitar chugs with atmospheric lead guitar lines, allows the hugely catchy vocals to soar over the top. Bands like Emarosa were making this kind of music a decade ago, so it’s not startlingly original. Vocalist Sam Scheuer also sings in a style much like their former vocalist Jonny Craig, which makes comparison easy. However, everything here is surefooted and Scheuer’s performance shines in its own right.

The album’s mixing and engineering was undertaken by Matt Goldman. Having worked with bands like Underoath and the Chariot, he has captured a pleasingly powerful sound, which is a solid step-up from their earlier recordings. By avoiding an overly processed sound the honesty in Scheuer’s voice shines. This works especially well on ‘Soundship’ where interwoven vocals create a soundscape, without surrendering their emotion.

Where the album excels is its approach to dynamics. Revelling in slow builds and quiet passages, the songs ratchet up the tension, then release it during choruses. This is most effective on ‘Black Rose’ which uses slick guitar lines to draw you in, slows down, then powers back out like a racing car accelerating out of a corner.  A similar trick on ‘Dissolve’ uses chunkier chugged chords to create a dark approaching-storm style pre-chorus, which pays off in brilliant style.

Confident and sure of itself, ‘Deaf Perception’ manages to be delicate without ever feeling fragile. It may not be particularly original but by using atmospheric and intense melody, Softspoken have made a great debut album.

‘Deaf Perception’ by Softspoken is released on 28th June.