Review: Small Talks – A Conversation Between Us 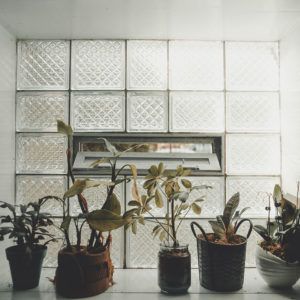 From the opening bars of ‘Better For It’, you’d be forgiven for writing off Small Talks, the project of South Carolina native Cayley Spivey, as The 1975/Pale Waves-esque identikit indie pop. But it’s worth persevering with – it’s a far more rewarding album than it at first suggests. Described as “bedroom pop”, Small Talk’s music is often more effervescent than that of contemporaries such as Soccer Mommy, with a vibrancy that refreshes the genre.

Early on, ‘Teeth’ impresses, as Spivey’s mellifluous vocals and the hazy, CHVRCHES-esque instrumentals dovetail together to create a transfixing sound. It’s the start of a strong spell from Small Talks, as the lush, all-encompassing soundscapes of ‘Quiet Sounds’ and ‘Bed’ continue much along these lines. ‘Bed’ is particularly infectious, its atmospheric melodies making for a lot of earworm potential.

It can’t be ignored that on occasion, the lyrics can veer into trite territory. The refrain of ‘Anybody’ – “so pour me a drink/I don’t need to think honey/I wanna hold another drag of your cigarette” isn’t the most inspiring, and harks back to the initial inkling that this is simply indie-pop by numbers. Sometimes, there is the feeling that this is music written for quirky teen coming-of-age movies, particularly when listening to the likes of ‘Oceans’. ‘A Conversation Between Us’ alternates between insipid and inspired, often from one song to the next.

The album ends strongly, however. ‘Thinking Of The Sun’ is one of the heavier songs, which invites a more emphatic finale than you’d expect. The driving synths are almost industrial – a marked departure from the more mellow feel earlier on.

There is a lot of potential here, and if the entire album was as good as the strongest tracks – such as ‘Teeth’, ‘Bed’ and ‘Thinking Of The Sun’ – we’d be looking at a very accomplished record. However, as it stands, it’s merely a promising one.

‘A Conversation Between Us’ by Small Talks is released on 1st February on Common Ground Records.