Review: Slipknot – We Are Not Your Kind 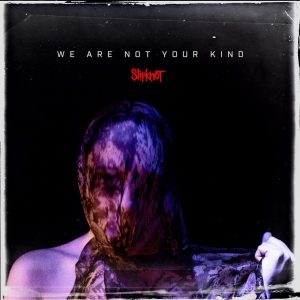 Then there were six. After shedding members, lawsuits and five long years, the vast unwieldy machine known as Slipknot has returned. Internal strife, coupled with the band’s keen eye for marketing, means each new album feels like a triumph in itself. Yet, ‘We Are Not Your Kind’ wants to redefine the band. It features a streamlined version of their signature sound. Crammed with clean singing and crisp riffing, it’s the band shooting straight for mass appeal.

If you wanted something dark and twisted, this isn’t that record. They were never going to recapture the self-destruction that fuelled the caustic horror of ‘Iowa’. That side of their sound is gone. Instead, this is gigantic and accessible. Songs such as ‘Unsainted’ and ‘Birth Of The Cruel’ bask in huge choruses, while ‘Critical Darling’ showers you with so many great vocal hooks, it’s almost sickening. Likewise, ‘Red Flag’ is a slick, straightforward metalcore song. It comes complete with a huge breakdown, just to show other bands how it’s done.

However, this accessibility comes at the expense of experimentation. Remember how off the off-the-wall ‘Vol.3’ was? You get the merest taste of that here. Only the slow electronic ‘My Pain’ feels unlike anything they’ve created before. Both this and ‘Spiders’ feature strangely warm, optimistic sounds with an evil something lurking inside. It’s this disquiet which is so effective.  In fact, no matter what song you listen to, little tricks hold your attention. Be it the subtle electronics on ‘Solway Firth’ or the guitar licks on ‘Not long For This World’.

Yet, overall this album feels oddly restrained. The heavier songs are straight-up Slipknot, but there are none of the daring missteps of ‘All Hope Is Gone’.  Notably, when Corey Taylor starts spitting verses on ‘Nero Forte,’ it verges on being self-parody. Effective, yes, but strangely old-school. Hinting it’s too safe for its own good.

Missing the dark malevolent edge and sharper corners, ‘We Are Not Your Kind’ is still an excellent record. Slipknot have never sounded so accessible or sure of themselves. This is both its great strength and its weakness.

‘We Are Not Your Kind’  by Slipknot is out now on Roadrunner Records.