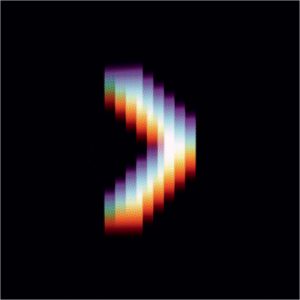 The journey that SHVPES have been on to reach this point has been anything but smooth. Their debut ’Pain. Joy. Ecstasy. Despair.’ was a good start overall, but ultimately felt like a band struggling to find their feet, something that only felt more apparent by the choice to scrap their series of mixtapes to instead release ’Greater Than’ as one album. It could be a better move for them, but it’s hard not to imagine they’re the actions of a band unsure of what they’re getting into and looking to buy as much time as possible.

However, ’Greater Than’ definitely feels like a more sure-footed follow-up, opting for a stronger dose of nu-metal bounce in their metalcore for a better sense of groove and movement. It helps that Griffin Dickinson can hit that Jacoby Shaddix-esque versatility in his vocals, striking the natural balance between swaggering half-raps and hard rock singing on tracks like ’Someone Else’. Coupled with a meatier, grimier guitar tone and an invaluable dose of star power from Trivium’s Matt Heafy on ’Rain’, and it feels like SHVPES have hit something that’s more of their own.

There’s still work to be done though, namely in the dalliances with more traditional metalcore like on ’War’ that pales in comparison to some of the more forceful material, and the fact that Dickinson’s vocals could still do with a bit of fine-tuning, if only to capture more gravitas that would undoubtedly benefit the band even further. They’re comparatively minor when so much of ‘ Greater Than’ has improved so much, but they’re the final roadblocks holding SHVPES back from greatness.

That’s perhaps the most frustrating thing here, in that this is a definite step forward, but struggles to go that extra mile to truly excel. Nevertheless, SHVPES feel like a more defined, established entity at this point, and continuing in this direction is only going to reap even greater rewards in future.

‘Greater Than’ by SHVPES is released on 9th November on Search & Destroy / Spinefarm Records.