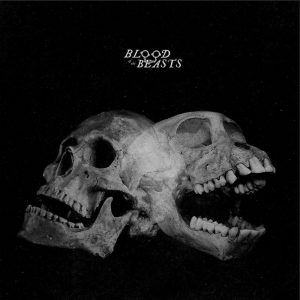 With a sharp intake of breath, Chris Colohan launches into a vocal assault which sets the scene for vegan straight edge mammoths SECT‘s latest studio offering. If previous record ‘No Cure For Death’ was an indication of the direction the five-piece was heading in, then ‘Blood Of The Beasts’ is a mission statement from the band. Although it’s still covered in the fuzz of that easily distinguishable HM2 guitar tone, but more so than any of the band’s previous efforts, Colohan is thrust front and centre.

Arguably one of the most eloquent vocalists in hardcore, Colohan’s passion is worn clearly on his sleeve as his impassioned vocals are screamed out over the pummelling noise produced from his bandmates. What SECT has really managed to master is the quick change of pace, going from aggressive punk to groove film hardcore to gut-punching power violence all at the flick of a switch.

With ‘Terminus’ being a prime example of this with the opening moment of the song almost being drawn out by the band’s standards, before the riff kicks back in just that little bit faster and completely changes the tempo of the track.

This being said, SECT still showcase their flat-out fast assaults with Andy Hurley displaying intricate drum fills on ‘Redundant Gods,’ before seamlessly throwing out blast beats like they are no big deal. As it is in their abrasive nature, SECT don’t shy away from anything with their songs heaped in hot topics such as animal rights (see ‘Like Animals’), politics (‘Redundant Gods’) and just general society, it is no surprise that this is one hell of a pissed-off record.

Clocking in just over a quarter of an hour, this does not in a sense feel like a short record as there is so much backed into such little time. If SECT’s plan was to release a record which would rip through you like a wrecking ball, well ‘Blood Of The Beast’ is certainly mission accomplished.

‘Blood Of The Beast’ by SECT is out now on Southern Lord.