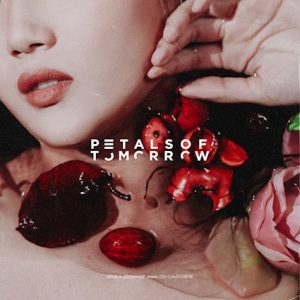 Hong Kong’s Seasons For Change‘s new album ‘Petals Of Tomorrow’ presents the band in full swing with a much fuller sound including rock, pop-punk and even a little emo vibe, but do they really have the goods to set themselves apart within these saturated genres?

‘Sign’ is crisp satisfying rock riffage meets classic emo vocals. It’s what’s to be expected from an album opener, and works wonders. The guitars don’t really return until ‘Phoenix’, and they’re similarly pleasing there as well, though the track isn’t as instant as the opener. Both of these could have been perfect lead singles in place of ‘Anchor’, an anthemic but overlong song.

‘Erased’ has weak verses but a catchy chorus; it’s just one of those that sticks in your head. ‘Sheep’ follows in a similar vain. ‘Welcome Home’ has emotive, simple lyrics that work well to pull in the listener and ‘In The Dark’ is lyrically similar, with a perfect build up and a Linkin Park-esque pre-chorus – a surefire favourite.

‘Someday’ is possibly the most explicitly pop-punk track here, but is mediocre in its execution. On the other hand, ‘Reflection’ is beautiful – haunting keys and “oh, ohs” meet with strings for a stunning track that slows the pace. The chorus hits hard and is certainly the highlight of the record, the band sounding most comfortable.

Seasons For Change lack the variation here of bands like You Me At Six and Paramore, whom they’ve drawn comparisons to – but they still have enough solid songwriting and expert musicianship to offer up a rather satisfying listen. If you’re looking for something new, ‘Petals For Change’ is concise, short, and assuredly delivered.

‘Petals For Change’ EP by Seasons For Change is out now on Famined Records (US & Europe).