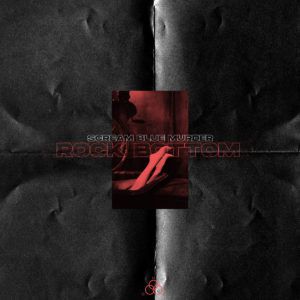 While other metalcore bands were straightening their hair, squeezing into skinnies and ripping-off Architects, Coventry’s Scream Blue Murder were hammering out riffs and winning over crowds. Debut album ‘Hollow Stories’ arrived in 2016 and since then they’ve kept up their work ethic, even touring the USA. Not bad for an underground band. New album ‘Rock Bottom’ solidifies their sound and, while it’s unlikely to break them into the mainstream, it’s a remarkably assured beast.

While they can’t hide their love for a great big metal-flavoured lick, much of the album leans heavily on the melodic hardcore part of their sound. Big choruses abound, particularly on ‘Friends Like Judas’ with its nicely excited gang chants and ‘The Void’, which might open with a hard aggressive vocal but shows off the band at their best with a hook bordering on pop-punk.

The album’s real strength is the way it progresses along its runtime. By playing on different elements, no two songs sound exactly alike. So, while ‘The Anchor’ see-saws between crushingly heavy and helplessly catchy, ‘Victims Of Violence’ just powers straight through. It’s becoming increasingly popular to build a song around synths but ‘Rock Bottom’ is an interesting take and makes it one of the album’s highlights.

Aaron Bloomer doesn’t have the greatest singing voice but, like his bandmates, he uses different ideas to make his point and, for the most part, plays to his strengths. If there’s a drawback, it’s that the choruses repeat themselves a little too often. It works well on the fist-pumping ‘Light It Up’ but on ‘Death Sentence’ it quickly gets tired.

The overall sound is fairly grubby, so if you’re looking for something slick and modern, this isn’t it, but it does fit with the album’s hardcore elements. Being a metalcore band, they do feel the need to throw in a couple of production tricks on ‘Over The Line’ which cheapens the experience but doesn’t undermine what is a solid, enjoyable record.