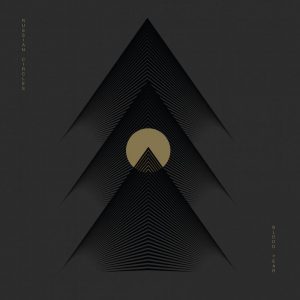 Only a handful of post-metal artists in the 21st century can claim to have had the same impact as Chicago instrumentalists Russian Circles. With ‘Blood Year‘, the band set out to remind everyone that they’re still at the top of their game.

Although it doesn’t differ massively from their previous work, there is more of a straightforward focus on weight and impact. Once the ambient opening, ‘Hunter Moon’, dissolves into the ether, Dave Turncrantz punches through the atmosphere it has created with a pounding tom-lead drumbeat. This introduction to ‘Arluck’ leads the way for the looping guitar riffs and colossal basswork that not only drives the song forward, but also set the scene for a record laden with energetic heaviness.

Further down the line, songs like ‘Kohokia’ and ‘Sinaia’ make use of slower pace and reverb-drenched tremolo picking to give the record a progressively bigger sense of scope. The utilisation of spacious effects and tangible, distorted heaviness to achieve such imagery works brilliantly, and props must be given to Kurt Ballou for continuing to be heavy music’s greatest modern producer. Mike Sullivan’s guitar work is the shining star here, but each rumbling bass riff from Brian Cook is a reminder that the rhythm section is not to be taken lightly either.

It goes without saying that if you’re not a post-rock veteran, you’ll need to exercise some patience with ‘Blood Year‘.  Although it feels more compelling once side-B hits, the album’s first half does take a while to sink its teeth in properly; the repetitive nature of ‘Arluck‘ and ‘Milano‘ may put some first-time listeners off. For diehard fans though, it might just be another opportunity to get truly lost in each instrumental element.

RC‘s seventh record isn’t their best, but it’s still a tribute to their consistency, longevity and infinite creativity as a band. ‘Blood Year‘ will hold up to their back catalogue well, and when said back catalogue is so brilliant, that’s no mean feat.

‘Blood Year’ by Russian Circles is out now on Sargent House.