Review: Pleiades – All At Your Mercy EP 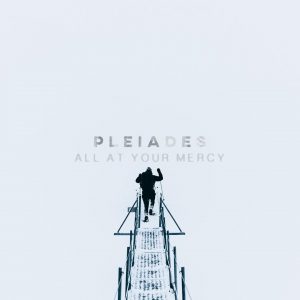 Eureka! Pleiades made a huge discovery. Their 2016 EP ‘Symptoms Of The Human Being’ mixed post-rock and Jimmy Eat World but it was missing something. While creating their new EP, ‘All At Your Mercy’, they found what they lacked, metal. It’s led them into much darker territory with intense and satisfying results.

What starts out as a post-rock odyssey, brimming with atmosphere, quickly embraces the heavier, more violent elements. It adds an extra dimension to the band’s music. However, they have a clear, focused vision and never lose their grip on what they’re creating. Better yet, the driving guitar passages leftover from their alt-rock love-affair force the music into some unexpected and awe-inspiring spaces.

The sound is similar to that of Devil Sold His Soul and Deafheaven but with a unique style and feel. Like those bands, the striking contrast between the music’s extremes allows the EP to be both beautiful and brutal, often simultaneously. Yet, the way it shifts between the two is its strength. One moment it might be calm, the next it sweeps across a void of vicious disquiet.  You can’t deny its power, particularly as they channel their fondness for emo-pop to create brilliant moments.

While the ‘la-di-da’ musings of their debut were slightly awkward, here Andy Calderbank’s vocals are focused and assured. Better yet, the way his screams ride across the soundscapes is truly rewarding. Particularly the outro to ‘Ultra’, where the angsty yelps are underscored by arresting guitar work. Similarly, ‘Mesa’ makes its mark by allowing the throat-shredding screams to relax in a bath of fuzzy guitar. It’s a great contrast to the harmonious singing style favoured on ‘Alpha’, which sounds hopeful while the music is screaming despair.

By uncovering the darker side of their soul, Pleiades have created an EP which is frequently thrilling, powerful and interlaced with beauty. Its emotional drive makes for a painful, powerful listen but the rich palette of sounds avoids it being swallowed by bleakness.

‘All At Your Mercy’ by Pleiades is released on 31st May on AWAL.