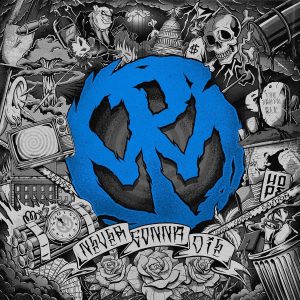 Pennywise’s greatest strength is arguably their longevity. They’re easily amongst the most consistent of their ‘90s punk contemporaries in terms of releases every couple of years, and even if they lack the groundbreaking nature of a Rancid or a NOFX, they’ve become reliable enough to ensure that whatever they release is at least enjoyable to some degree.

And with ’Never Gonna Die’, absolutely nothing’s changed, both in terms of the quality of the output and its sonic relation to everything else the band have done. Yes, this is another one that can be filed under “another standard punk album from a ‘90s punk band”, and honestly, there are moments that really do feel perfunctory, particularly in the songwriting. Bouncing between politically-charged broadsides on ’American Lies’ and extolling a positive mindset on ’Live While You Can’ and ’Goodbye Bad Times’ is fine, but the lack of real detail and reliance on broad platitudes can make them seem remarkably thin. Over fourteen tracks, Pennywise seem to be spinning their wheels more than they should.

But from the viewpoint of another hearty dose of punk though, ’Never Gonna Die’ will satisfy most of the time. There’s a solid amount of energy for a band crossing into their third decade, mostly thanks to Byron McMackin keeping the drums uptempo as much as possible, and the title track and ’All The Ways U Could Die’ feature just a selection of the punchy hooks and melodies that this band are still incredibly adept at. On its purest level, ’Never Gonna Die’ is exactly what you’d want from a Pennywise album in 2018, and perhaps even executed a little better.

That being said, this isn’t going to go down as one of Pennywise’s seminal albums or anything; it really does feel like a band pulling from what they what they always bring to the table and simply doing it again. It’s undeniable that they do it well though, and few bands of their vintage have remained consistently solid to this extent. So while it won’t be life-changing to any degree, you could do a lot worse in this vein.

‘Never Gonna Die’ by Pennywise is out now on Epitaph Records.