Review: Off With Their Heads – Be Good 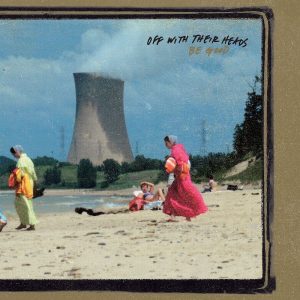 “I never should have stayed here/I should have just disappeared” vents Off With Their Heads vocalist Ryan Young on album opener ‘Disappear’. It’s fortunate, though, that he stuck around long enough to record ‘Be Good’, the Minneapolis band’s fifth album. It’s a return to their classic punk sound after the acoustic, almost folk-punk of their 2016 effort ‘Won’t Be Missed’.

‘No Love’ opens with chaotic, ramshackle distortion. One of the stronger tracks, it jolts the album into life, kickstarting a compelling sequence of music. ‘Tear Me Apart’ is a stunning piece of melodic hardcore that suits Young’s vocals down to a tee, gravelly in nature yet versatile enough to intermingle with the melodic guitar.

As a collection of tracks, it steamrollers ahead, mercilessly fast and ferocious – true to form for the band. In particular, ‘Let It All’ showcases Off With Their Heads at their best; two minutes of pummeling hardcore that refuses to let up. Kyle Manning is relentless on the drums here, not once breaking a sweat in a furious two minutes.

‘You Will Die’ has an enthralling angsty quality, all screams and riffs leading up to a desperate, frantic finish. It’s an impassioned plea to “Make the best of what’s there today”, because “We die either way”. This sort of bittersweet sentiment is commonplace throughout ‘Be Good’ – “I know I deserve it all/Yeah I lost you” Young sings on ‘Locking Eyes’, an uncharacteristically long track, and the penultimate song on the album.

Admittedly, ‘Be Good’ does risk becoming a tad repetitive. But clocking in at 36 minutes, the band manage to keep it succinct enough for it to retain its effect. Is it the most original album you’ll hear this year? No, but it’s an assured release that builds on their previous material for a slice of captivating punk. It’s solid, very much the sort of thing we have come to expect from the quartet.

‘Be Good‘ by Off With Their Heads is out now on Epitaph Records.