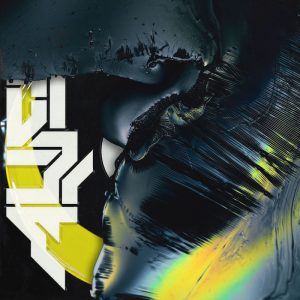 Australia’s Northlane have always been keen to experiment. Since adding dynamic vocalist Marcus Bridge to their line-up, he’s really helped the band explore new territory. Recent albums have seen them moving away from their metalcore roots in a more progressive direction. Yet, they never quite made a brilliant record, until now. They’ve thrown off the metalcore straitjacket and created the committed, confident album you always knew they were capable of.

‘Alien’ couldn’t be a more fitting title. It’s unusual, it’s unexpected and extremely vicious. Taking their DNA, they have melded it with a range of other sounds. Guitars no longer define the band. Instead, they have become brushstrokes on a complex canvas. Each song is built of around layers of synths, without feeling overly glossy or untrue. It creates a flux of ideas, which blends different genres, but each song has its own dominant feel.

The harsh opening of ‘Details Matter’ is familiar but with a new aggressive spin. Yet, it only hints at the universe they’re about to explore. The glitchy hybrid sound of ‘Bloodlines’ follows but by third song ‘4D,’ the band disappears through a wormhole to an unexplored space. It’s a serpent of synth-scapes and fast drumming, biting you from every angle.  Not long afterwards they’re unleashing ‘Eclipse’, a dance track full of evil screams. Nothing is off-limits and all it feels so well integrated.

Despite being a formidable live vocalist, until now Bridge has never quite captured the magic he’s capable of. Everywhere here he’s mixing intense screams with utterly beautiful sung passages, notably on ‘Freefall’ but on every track he offers something special. Nic Pettersen’s drums also deserve a mention, keeping things flowing adding real flavour, especially on the gentle drum & bass sounds of ‘Sleepless’ and ‘Rift’.

Northlane have given birth to the vicious evolving creature they have always promised. ‘Alien’ drags their sound kicking and screaming into a new era. Purists will hate it, but you knew this monster was growing inside them waiting to burst out.

‘Alien’ by Northlane is released on 2nd August on UNFD.