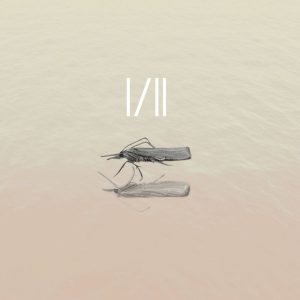 As far as breakouts last year go, few compared to MØL and their debut ’Jord’, an album which saw a very real contender to the blackgaze throne that had previously been permanently usurped by Deafheaven. It was unquestionably a great album and garnered the sort of reception that’s spurred on the release of ’I / II’, a reissue of their first two EPs to fully capitalise on their intense hype.

As such, it feels like something of a requirement to judge ’I / II’ next to ’Jord’, if only to catalogue the progression that’s been made between the two. It’s easy to see how much MØL have come forward as well; this is a far less refined album, particularly with a much more rugged style of guitar work on ’Airy’ that still has scope and atmosphere, but it’s nowhere near as prominent. That’s merely an observation rather than a criticism though, especially when the seeds of greatness were clearly planted early with styles that still have a lot going for them.

Of course, those formative dalliances into blackgaze are easy to pick up on as well, but what’s surprising is how rock-solid they are even here. It’s clearest on ’Kathexis’ with its spiralling tumult that perfectly balances black-metal fire with crystalline production, but morphing into the blastbeats of ’Makhachkala’ shows a concern for experimentation, even in the band’s earliest days. Cracks might have been filled in by remastering, but this is a still a remarkably proficient and complete sound in this formative state.

It portrays MØL’s rise as much more than a case of meteoric hype, and underlines a level of quality that had been there from the very start. Granted, that had never really been called into question, but ’I / II’ is still a worthy addition to the catalogue of a band who – as has now been made especially clear – are yet to put a single foot wrong. For anyone still enamoured by ’Jord’, this is an essential next step.