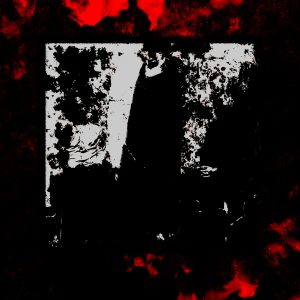 Experimental mathcore band Meth. are the brainchild of multi-instrumentalist Seb Alvare. Following two vicious EPs, they’ve now expanded to a six-piece. Their sound is hard to define. Blasts of mathcore and throat-shredding screams are their calling card, but they also revel in contrast and disquiet. Debut album ‘Mother Of Red Light’ is a study in discomfort, devastation and so much more. Brace yourself.

The band’s first EP mixed anguished howls, breakneck drumming and guitars being tortured. It sounded like The Armed crammed into 30-second chunks. The follow-up played with feedback and howls, more like Old Man Gloom distilled into three-minute bursts. Both sounds are present here, but integrated into longer-form songs. Resulting in songs such as ‘Swallowed Conscience’ which combines a sharp stabbing intro and terrifying sawing feedback with unsettling beautiful passages. Of course, the band repeatedly leap on you from unexpected directions, it’s like they have truly found their verve.

At its most intense, ‘Child Of God’ takes dizzying guitars and wraps a monolithic riff in a swirl of discord. It sounds absolutely massive and delights in finding new ways to rip your ears off.  However, the album’s real highlights mix severity with serenity. The sauntering atmosphere of ‘Psalm of Life’ create a sea of calmness, so tribal drumming and barking vocals can prickle the hairs on your neck. Similarly, the unsettling detuned effect used on ‘Cold Prayers’ sets up the mood only to snap at you like a mathcore bear trap.

Despite all the kicking and screaming vying for your attention, it doesn’t always pay off.  Some songs drift and ideas are mangled. The desire to be edgy also leads to a tepid start. Notably ‘Fill Me’ builds up atmosphere only to throw away its momentum with jarring shifts.

Stunning, punishing and relaxing, often all at once, ‘Mother Of Red Light’ sees Meth. bottle pure emotional turmoil. It’s experimental, frequently uncomfortable and noisy as hell, but there’s strange beauty amongst the chaos.

‘Mother Of Red Light’ by Meth. is released on 23th August on Prosthetic Records.