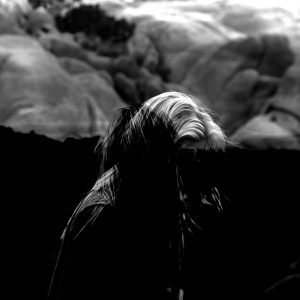 Having removed their early pop-punk EP from all platforms, theoretically, ‘Bend/Break’ is now the debut EP from Brighton quintet Maypine. It signals a more personal, less genre-specific songwriting approach. As such, their “keeping your head above water in the battle against adversity” ethic and lyrical approach has slipped deep into the comfort zone of generic sounding alternative rock.

While it all sounds very nice and is a pleasant enough listen, there is very little to make them stand out in what is already a saturated market. That is not to decry the obvious hard work that has gone into the record, nor the band’s equally obvious talent. It’s more a case of how far can they go in such a competitive genre when they offer little to separate them from the rest of the pack?

‘Give’ kicks things off with a big opening riff and is predictably mid-paced with familiar melodies. There is a slight Incubus-esque grunginess to the sound, which hints at the potential to produce something a little more bombastic, but the “Something’s got to give” lyric and foreseeable downturn before the rousing finale are straight out of the alt-rock playbook.

‘Kodokushi’ follows in a similar vein, although there is a little more urgency to the bass line, before the bright guitar lines of ‘Weather’ add a little sunshine. Its hooks make for a very radio-friendly, pleasant listening, but this is nothing spectacular.

Where they do really make it work is on the final track ‘Together Alone’. Although the riff is frighteningly familiar, when they explore a grungier sound, as on parts of ‘Give’, it seems to work better. The heavier, grittier feel is more engaging and gives them an added dimension beyond the generic sounding alt-rock of the other tracks. Given their ease with melodies and the way they can nail a hook, perhaps combining that with a heavier sound could be the way forward.

All told, ‘Bend/Break’ is a commendably sincere effort but unlikely to stand out from the competition. Even so, there is enough substance to suggest that a little guidance could help them build on their potential.

‘Bend/Break’ EP by Maypine is released on 6th July.