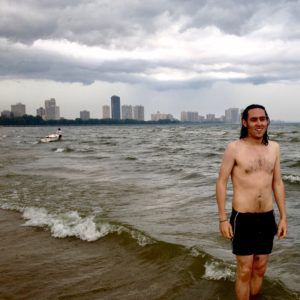 The darkest depths of Durham are home to Martha, a DIY punk band whose song-writing rules are; keep it honest, keep it relatable and by all means keep it catchy. After two albums and a handful of singles describing the trials and tribulations of their home, they set out to explore new horizons, touring the world and on ‘Love Keeps Kicking’ they just can’t wait to tell you about what they discovered.

Comparisons with 2016’s absolutely delightful ‘Blisters In The Pit of My Heart’ are easy and you could be forgiven for thinking nothing much has changed. You still get the four-way vocals, the songs are still interlaced with a big twangy lead guitar sound, everything is presented with a frank, honesty and the wonderfully jaunty feel persists. Yet, just by adding a little maturity and confidence they have elevated their songwriting and in doing so have made the record of their career.

With four songwriters contributing, you get a real mixture of flavours (and accents) throughout the album. One minute you encounter the lovely drum-driven ‘Orange Juice’ with its schoolyard lyricism, the next you’re confronted with the kitchen-sink drama of ‘Into This’, but no matter what they’re describing, it feels organic and almost alarmingly catchy.

With everything of such high calibre it’s hard to pick highlights but songs such as ‘Mini Was A Pre-Teen Arsonist’ and ‘The Void’, where all the vocalists complement each other, really play on the band’s chemistry and it’s joyous to hear.

Notably, the overall sound is less noisy than their previous records. You still get the impact on songs like the short attack of ‘Wrestlemania VIII’ or the chaotic ‘Brutalism By The River’ but just by toning down the punkier edge, Martha have made their music more accessible. However, they’ve done it without compromising on what made their prior work so brilliant. ‘Love Keeps Kicking’ pulls delicately at the heartstrings while having an enormous amount of fun.