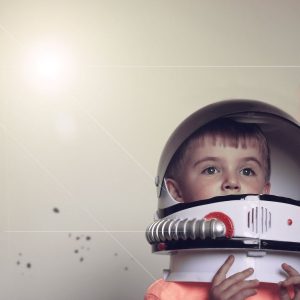 Having set a promising precedent with two EP’s – 2013’s ‘This Town Sucked Anyways’ and 2015’s ‘Juniorland’ – Welsh rockers Junior haven’t been completely silent over the past four years. Most notably bassist and co-vocalist Mark Andrews has used his “day job” as a professional wrestler to the band’s benefit, giving them a platform for their music to be heard further afield. Nevertheless, four years is a lengthy stretch between releases, yet it’s a relief Junior‘s debut album, ‘Beautiful Life,’ is resounding, fun and confident.

Instantly recognisable are classic pop-punk stylings, most explicitly those of Green Day, heard in one sense in the triumphant, breathless air-punching of ‘P.Y.D.‘ and ‘Hey Becka‘, but also in the piano-led ballads of ‘Baby Blue’ and the title track, the latter with genuine rock-opera potential. As if that wasn’t enough nostalgia, ‘When The Tower Falls’‘ jagged minor-key romp recalls peak Sum 41.

Such ambition exists too on ‘Girls and Boys’, opening the record with a children’s choir before navigating a heady and varied structure that alternates between walls of chords, sections of restraint and beds of Biffy Clyro-like dizzying riffs. ‘Beautiful Life’ was written across two years and recorded in three studios, and the fruits of commitment to their craft have never been more evident.

Meanwhile, ‘Don’t Know What I’d Do’ is an addictive cascade, brutish layers of guitars further reinforced by electronic nudges and Si Martin’s battered drum kit. It has an infectious, distinctive quality that is hard to shake.

Junior have lofty ambitions that are not only set out on ‘Beautiful Life’, they are largely achieved. It takes nods from titans of the genre, updating those tropes for 2019; but also finds the band pushing its limits and treading new ground. This album is sure to take them to new places and make them new admirers.

‘Beautiful Life’ by Junior is out now.