Review: Irk – Recipes from the Bible 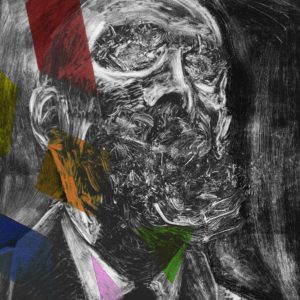 It’s loud. It’s intense. It’s dissonant. Thankfully, that makes it pretty good. Imagine a rawer, more mathy Slaves or IDLES, and you’ll come up with Leeds noise-rockers Irk. From the first scream of “line” on opening track ‘I Bleed Horses’, they are relentlessly abrasive. Vocalist Jack Gordon alternates between hoarse shouting and anguished screaming throughout, getting his message across with powerful effect.

Generally speaking, you can separate the tracks into two rough groups: those which are purely loud (‘I Bleed Horses’, ‘Spectre At The Fiesta’, ‘The Healer’) and those which verge more on the experimental (‘The Observatory’, ‘Insect Worship’, ‘You’re My Germ’). The mix works well, as the noise-rock never becomes too overpowering, while there’s enough wrath to keep the listener captive.

‘Life Changing Porno’ sees the band enter sludgy territory, while ‘The Observatory’ explores texture and the dynamics of loud and quiet contrasts more than pure speed. On ‘Insect Worship’, the band really get into their stride – the throbbing bass and drums make for a gripping listen. Following track ‘You’re My Germ’ has more of an American post-hardcore feel and wouldn’t seem out of place on a Big Black record. “Just a few bad decisions/And a few bones of contention” snarls Gordon over a grotty bassline, which gradually gets only slightly more melodious as the track evolves. ‘The Healer’ is dark with an explosive chorus, Gordon’s howling alongside the throbbing drums sticking in the memory long after the first listen.

It’s a testament to their talent and artistry that there are no serious weak points on the album. Their brand of abrasive noise is never going to be to everyone’s taste, but fans of heavier rock will doubtless find plenty to approve of. They may have left it a little late in the year to release ‘Recipes from the Bible’, but it’s a record worth waiting for.

‘Recipes from the Bible’ by Irk is released on 7th December.