Review: Idles – Joy As an Act of Resistance 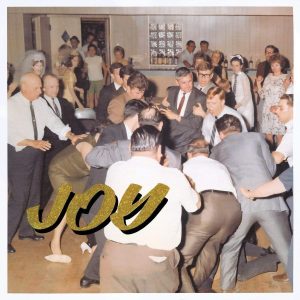 In 2018, Idles lead the UK’s new post-punk movement alongside Shame and HMLTD. As a response to their gained notoriety, frontman Joe Talbot recognises the responsibility to promote compassion and unity in a world where racism and hate-speech seems to guarantee you a platform on a major news network. It’s little wonder why an album like ‘Joy As an Act of Resistance’ provides a voice to people wondering where the humanity in our society has disappeared to.

‘I’m like Fred Astaire, I dance like I don’t care’, Talbot gleefully yells on the opener ‘Colossus’. Sure enough, he dances with delight, mocking his detractors throughout this record. ‘Never Fight a Man With a Perm’ mocks self-imposed hard men they shared nightlife in Bristol with, while ‘Samaritans’ reads like a tired list of commands he’s heard from elders to stop him from crying in public (‘Man up, sit down, chin up, pipe down, socks up, don’t cry, drink up, just lie’).


The festivities take an abrupt halt during the cathartic ‘June’, a song written about Talbot’s stillborn daughter Agatha. Time stands still and all carnage is suspended while he considers the hopes and dreams he had about being a father. A brave expression of sorrow and disappointment from Talbot, ‘June’ is a reminder we’re allowed to act fragile and that we must support those who are.

‘Joy As an Act of Resistance’ is a record that holds out one hand to those who are vulnerable, (‘Danny Nedelko’, ‘Television’) and raises a middle finger with the other hand to the abusers (‘Great’, ‘I’m Scum’) while also fitting in some absurd humour for good measure (‘Gram Rock’). If Idles are leading a new wave of bands, they’re leading with an album that’s thought-provoking, encourages change and attacks ignorance, greed and apathy. This is a record that is going to change lives.

‘Joy As an Act of Resistance’ by Idles is out now on Partisan Records.