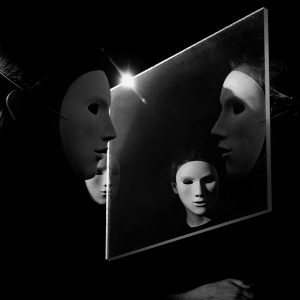 Hardcore’s naturally incestuous nature means its difficult to really classify anything as a supergroup, but Hesitation Wounds would definitely come close. Touché Amoré’s Jeremy Bolm as frontman is an immediately an easy sell, but alongside the alumni of Trap Them, The Hope Conspiracy and Gouge Away, the pedigree is certainly there. Alongside mixing from Kurt Ballou, it would appear that new album ’Chicanery’ has a lot going for it already.

And indeed, that’s pretty much a spot-on assumption. This is the sort of vile, violent hardcore that honestly doesn’t need much more of a description, but rides against its seething, powerviolence-inspired backdrop without wasting a second of its only twelve-minute runtime. It really does feel like every element is as sharp and concise as it could be; Bolm’s vocals have a guttural snarl that simply isn’t present in his main project, and placed against rampaging riffs and drums like on ’Trending’, the rage and destructiveness couldn’t be more palpable.

The focus on that rage is almost single-minded throughout, and while that skirts into a danger zone of being borderline one-dimensional, that never really feels like an issue. The blistering, breakneck pace alone brings plenty of excitement, and with the venom-soaked lyrics in tow, Hesitation Wounds channel a brand of anger that feels incredibly contemporary while still having its primal execution. It’s not exactly the most nuanced thing ever, but this sort of thing rarely is, and ’Chicanery’ still manages to have a hefty impact regardless.

It’s why, even among a hardcore scene that can feel exceptionally crowded, Hesitation Wounds manage to tap into something great to make them a prospect, more than worthy of attention. It’s alright as tight and well-constructed as they come, but factor in a genuine firepower at its core, and this is one that hardcore fans shouldn’t miss at any cost.

‘Chicanery’ by Hesitation Wounds is released on 30th August on Deathwish Inc.