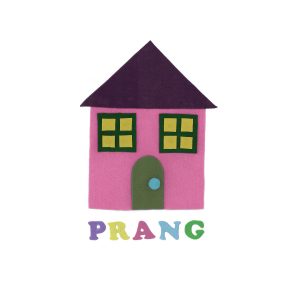 Brightonian three-piece Gender Roles have been kicking up a fuss in the UK alternative scene since signing to Big Scary Monsters in 2017. The release of their sophomore EP, ‘Lazer Rush’, saw their unique indie-punk sound find its feet – best epitomised on the band’s biggest tracks so far: ‘About Her’ and ‘Plastic’.

On their debut album, ‘Prang’, you’ll find ten tracks even better than these aforementioned bangers. The band step up to the LP format with ease, and the result is a wholly enjoyable burst of sonic energy and youthful exuberance. Each member of the three-piece offers their own exciting instrumental element, as well as some great shout-along gang vocals when needed.

Most notably, ‘Prang’ features some of the best choruses put to record this year thus far; from alt-rock anthem ‘Always’ to the jaunty, almost math-rock vibes of ‘Bubble’. Drenched in relatable, introspective lyricism and fuelled by hefty basslines and lively percussion, the hooks here are easily the album’s main selling point. It’s all helped along by the fact that lead vocalist Tom Bennett delivers every word with a fantastic, slacker-esque intonation which lends the music a real sense of personality.

The record is poppy, but that’s not to say it doesn’t pack a punch. The grungy trope of juxtaposing laid-back verses with full-throttle choruses is put to great use on songs like ‘Ickie‘ and (album highlight) ‘Schools Out‘. It ensures that when those huge guitars and anthemic vocal lines come in, they hit twice as hard. Bennett also refuses to stick to typical indie-rock-style singing – at the end of ‘That’s How You Want It To Be‘, for example, the wild, screaming refrain seems to shake the whole album to its core.

Ultimately, ‘Prang’ is a brilliant realisation of potential from a band who are destined to make waves in the very near future. It’s one of the surprise records of the year, and is sure to turn heads in many different circles.

‘Prang’ by Gender Roles is released on 30th August on Big Scary Monsters.