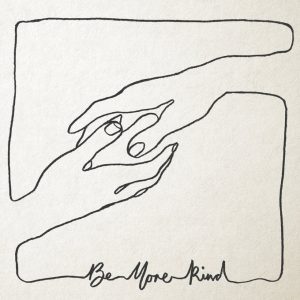 With each passing record, Frank Turner becomes an increasingly polarising figure. His rise hasn’t been without controversy; punk purists dismiss his transformation from pub singer-songwriter to full-band, arena conquerer, and his political views of being “classical liberal” have been questioned.

Musically, Turner has fine-tuned the trait of writing anthemic folk-punk songs. Last years “retrospective” stocking filler, ‘Songbook’, highlighted his strengths and although these positives continue to shine in a live setting of every size, the quality of his output has diminished in recent years. 2015’s ‘Positive Songs for Negative’ had flashes of brilliance, its followup certifies a downward turn for Turner.

Inspired by ‘Leçons De Ténèbres’, a Clive James poem, ‘Be More Kind’ firmly plants Turner in the ground of middle-of-the-road singer-songwriter territory. While there are flourishes of variation, the end product is a mishmash of folk, indie, and rock with a hint of electronica. Straight away, ‘Don’t Worry’ provides a dainty slice of acoustic folk before cathartic organs and simple hand claps compliments Turner’s words of encouragement.

For the most part, ‘Be More Kind’ is uneasy and somewhat inconsistent. ‘1933’ is a punk-fuelled reminder of Turner‘s anthemic past yet is weighed down by what follows it. ‘Little Changes’ is a lifeless ripoff of the Cure’s ‘Close to Me’. While the politically-charged ‘Make America Great Again’ is a jarring electronica-riddled failure with deadpan vocals. However, Turner‘s attempts of “going pop” shows promise with the 80s-esque ‘Blackout’.

While ‘Brave Face’ revives the album with its lyrical optimism and urgency, songs such as ’21st Century Survival Blues’ and the coincidentally titled ‘Going Nowhere’ spoil any momentum gained. Nevertheless, the closing pairing of ‘The Lifeboat’ and ‘Get It Right’ do the best to redeem the record. The former twinkles with dark undertones, while the latter closes the album on a sombre note.

Understandably, the combination of political uncertainty and Turner‘s reflective words means ‘Be More Kind’ is a record that requires patience, yet the musical substance that supports his empathetic lyrics makes for a difficult listen.

‘Be More Kind’ by Frank Turner is out now on Xtra Mile Recordings/Polydor.