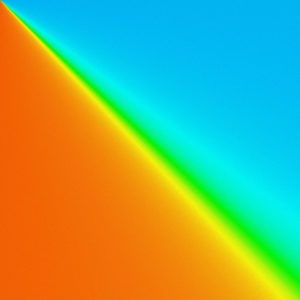 Ever since launching four years ago, Frank Carter & The Rattlesnakes have been a constant wave of momentum. Now after some time away, they’re back with their third outing – ‘End Of Suffering’. It sees Carter at his most honest, taking on subjects such as his own mental health and broken marriage. When paired with the bands brand of gritty rock, it makes for an intriguing listen. Straight away, Carter’s openness is at the forefront as he sings “When I’m high I’m in heaven/When I’m low I’m in hell” on ‘Why A Butterfly Can’t Love A Spider’.

Over the course of 40 minutes, FC&TR go from offering fierce and stomping cuts such as ‘Heartbreaker’ and the explosive angst of ‘Crowbar’, to sultry highlights ‘Love Games’ and ‘Latex Dreams’, to its sombre closing title track. While musically it doesn’t stretch far from the solid alt-rock previously provided, yet there’s a sonic density this time, countering Carter’s intimate words.

It is his words that are at the forefront here. None more so on ‘Anxiety’. Opening with “Everybody telling me they can’t believe I can feel so depressed and unimpressed.” Carter goes on to deliver a rallying call in its anthemic chorus, noting of a better place to be and that “it doesn’t have to be this way.” Whereas ‘Kitty Sucker’ captures the thrill of new love and the damage caused when it ends. ‘Little Devil’ and ‘Super Villain’ (“break a heart, make a monster”) suggests that Carter’s been on the receiving end of being mistreated.

The aforementioned title track perfectly captures Carter’s poetic words as he questions his role as a father, realising that his daughter’s happiness is what gives him enlightenment. The endearing recording of Carter speaking to his daughter merely adds to the bittersweet finale.

Where ‘End of Suffering’ lacks in stylistic progression, is made up by its insightful lyricism. Nevertheless, it would benefit from a few more stellar choruses, making this a slight sidestep.

‘End Of Suffering’ by Frank Carter & The Rattlesnakes is released on 3rd May on International Death Cult.