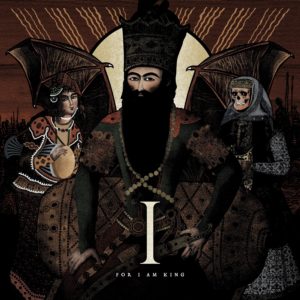 Though not quite as ubiquitous as it once was, the continued flood of metalcore means it’s still pretty difficult to stand out. It definitely feels like something that For I Am King are aware of, and so they’ve tailored ’I’ to achieve the best possible results, drawing more from the genre’s 2000s strains with bands like Killswitch Engage, as well as focusing on the childhood experiences in Iran of vocalist Alma Alizadeh.

The result is a pretty engaging and generally thrilling metal album, not tied down by unnecessary gimmicks and simply allowing itself to shine on its own merits. That alone can be a bit of a hard sell, particularly when the musical touchstones within For I Am King’s sound are pretty recognisable – bits of Shadows Fall, the aforementioned Killswitch Engage and all the usual modern metal culprits – but the pieces are assembled in a way to get the most out of them. There’s definitely a shine to opener ’Prey’ and the coincidentally-named ’In Flames’ that acts as something of an update for this sound, but as a fairly faithful recreation, ’I’ is easy to enjoy.

It definitely helps that For I Am King are as proficient as they are; Alizadeh especially has a scream that can go toe to toe with even the most powerful vocalists. While the consistently enormous instrumental canvas, coupled with modern production that never neuters the overall heft, is exceptionally well realised. There’s a level of strength to this album that few metalcore bands today can muster, and the band certainly know how to make the most of it.

And sure, it most likely won’t be what breaks them into metal’s top tier, but for anyone disappointed in the general lack of spark exhibited by a lot of metalcore these days, ’I’ is a near-perfect antidote for that. Go in expecting just a rock-solid metal album and little else, and you’ll have a great time with this one.

‘I’ by For I Am King is released on 7th December on Redfield Records.