Review: Follower – Against The Ropes EP 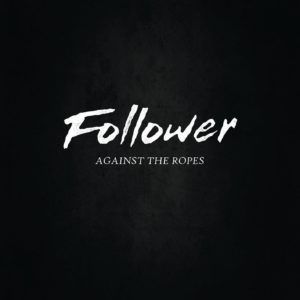 Guildford newcomers Follower haven’t wasted any time in laying down a marker for them to build on. Admittedly, their brand of melodic “Brit Rock” has been churned out repeatedly in recent years, and more often than not, it’s forgettable. Nevertheless, ‘Against The Ropes’ avoids falling into that trap, delivering a promising set of songs.

Straight from the start, ‘Fallen Down’ confidently sets the momentum with Ollie Moor and Damien Mcvey’s surging guitars and Cody Jones’ punching drums. Likewise, vocalist Luke Archer shines during its anthemic chorus as towering guitars and occasional “woah”‘s provide a contrast to his words of mental struggles. Lyrically, it setups a narrative that weaves its way through these six songs.

It’s followed by ‘Voices’, where Archer searches for a way to “cure this pain” against a relentless backdrop of intense alt-rock. It’s clearly evident that structurally Follower has taken influence from the kind of bands that have come before them, yet its executed with precision, pulling you in before delivering an impassioned chorus.

‘Faded’ hints at a more reflective side of Follower with its twinkling verses, before delivering one of the EP’s most infectious choruses; its bouncing tempo and bright vocals. Representing the emotional release, it nicely builds up to one of Archer’s best moments on here, passionately proclaiming “It’s time to see some sense before I break”.

For a debut EP, Follower more than show their potential even though they sink into expected tropes. ‘Someday Soon’ is your typical reflective and uplifting number that treads on modern power ballad territory. Nevertheless, it neatly segues into ‘Hurricane’. While it teases of heading in a lyrically similar fashion, it’s clear Follower thrive when they deliver soaring choruses filled with emotion.

‘Dreamer’ ends the EP on a high note. Thriving with urgency, it again highlights the collectives tightness with Archer sounding resolute as he sings “no more make-believe”. It rounds out a strong first outing but with room to grow.

‘Against The Ropes’ EP by Follower is released on 22nd March.