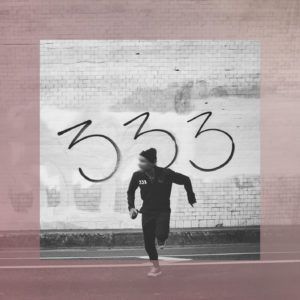 Warning: Be prepared for an uprising. There’s a fever coming! Ever since their arrival in mid-2017, Fever 333 have had critics and fans gripped with their brand of politically-charged, socially-motivated rap-rock. The Californian trio are now set to roll into 2019 at full steam with the release of ‘Strength In Numb333rs’.

From the outset of ‘Burn It Down’, Fever 333‘s intentions are clear; explosive, intense and with a message full of purpose. At the forefront is vocalist Jason Aalon Butler, who leads a rallying call with conviction.

Stylistically, Butler along with guitarist Stephen Harrison and drummer Aric Improta, provide a melting pot that fuses rap, rock, hardcore, and punk, sometimes in one song. Take ‘Animal’ for example with it’s boisterous “woah“‘s, stripped back hip-hop beats and driving hardcore bass groove. In a similar fashion, ‘Prey For Me’ scatters in its opening verse before delivering one the album’s biggest hooks as Butler yells “Prey For Me!”

Throughout Butler spits lyrical venom, confronting those in power and with influence. On ‘One of Us’ he declares “Stand up or fucking die on your knees”. Later on ‘The Innocent’ emphasises the uprising call that solidifies Fever 333‘s motto of ‘Community, Charity and Change’.

While the autobiographical ‘Inglewood/3’ paints a bleak picture of Butler’s upbringing before leading into a harmonious chorus full of hope. The track itself is a jarring midway point that’s part-ballad, part-riot, yet strikingly executed.

As a unit, the trio are on top form. Where Butler is the defiant frontman, Harrison and Improta stir up a cocktail of fiery moments. From the frantic beats on ‘Out Of Control’, courtesy of Improta, to a host of massive riffs from Harrison, it’s clear all three are on the same page, one that refuses to be tied down.

Overall, a sense of belief and a surge of passion threads these 10 songs together, sequentially living up to any expectations that have preceded Fever 333. You can’t help join the uprising.

‘Strength In Numb333rs’ by Fever 333 is released on 18th January on Roadrunner Records/333 Wreckords Crew.