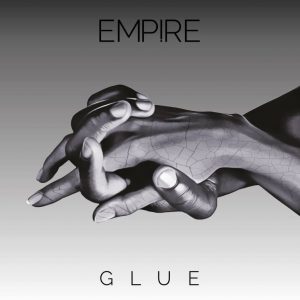 There’s been quite a buzz around EMP!RE for what seems like a very long time, and now, six years after their inception, the four-piece are ready to dish out their debut album ‘Glue’.

Having been compared to the likes of rock mammoths Coheed and Cambria and Biffy Clyro, there was a heavy load of pressure on the band to deliver. Yet, it’s clear to hear the band’s similarities to both those gargantuan groups, as their semi-experimental sound is spread sumptuously across ten tracks.

Thick guitars, blazing riffs and swinging structural shifts show off the band’s desire to step up and do things a little differently. Opener ‘Colour Of Shame’ is the perfect track to get the record started, and shows off the brash, rhythmic energy that remains constant throughout the album. Elsewhere, the title track along with bruiser ‘Rewrite’ and ‘Feasts’ offers up some of the finest, genre-blurring moments, as chord structures shift rapidly into unexpected new avenues to coat the radio-rock infused choruses with a meaner, heavier streak. ‘Time Ain’t No Healer’ should also be noted for carrying one of the biggest punches on the album, with a wickedly hooked-filled gem of a chorus.

Easily one of the highlights across the entirety of the record, and the band, in general, is Joe Green’s emphatic, expansive and downright dynamic vocal performance. With a supremely wide range and delivery that harks back to the higher tier vocals of Axl Rose – particularly on single ‘My Party My Rules’ – Green takes this album up a notch just by being the leading figure on it.

Slotting somewhere within the overall arc of alternative, ‘Glue’ serves as a truly solid debut album, and one that showcases more than enough promise of what EMP!RE could go on to do. The scene could do with a few more boundary-pushing releases like this.

‘Glue’ by EMP!RE is released on 7th September through Silent Cult Records.