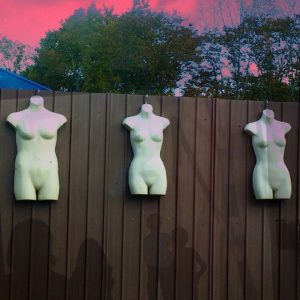 Many bands are currently taking cues from the alt-rock explosion that occurred back in the 90s. Artists like Muskets, Basement, and ‘Floral Green’-era Title Fight are key examples of this, drawing from bands like The Smashing Pumpkins and Pixies. New York’s Elemantra are no different and are looking to be heard above the rest of the revolution. Their third album, ‘To Know Better’, is a meandering love letter to alt-rock, with some modern flair, and the band’s hope of integration into the thriving UK scene.

The album hits all the notes of their inspirations, with ‘Such Tiny Fish’ sounding something like a Sunny Day Real Estate/Jimmy Eat World crossover, and ‘I Took That’ having the bouncing heaviness offset with softer verses that gained The Smashing Pumpkins some traction.
Unfortunately, none of the songs seem to have as much impact as the one’s Elemantra are trying to replicate. There are some good portions of songs that are memorable, like the 70s cop show guitar work on ‘A Good Man’, but the rest of the album is forgettable at best. Perhaps it’s the awkward mixing on the vocals, leaving them echoing somewhere in the background, or perhaps it’s the Poundland riffs, almost uninspired and cheap in their originality, that leave the album to be just kind of disappointing.

If there’s one redeeming quality of the album, it’s that Elemantra have crafted a love letter that, while cheesy, comes from the heart.

Elemantra certainly have their place in the sprawling alt-rock landscape, but it seems that they’re yet to find where that is.

‘To Know Better’ by Elemantra is released on 17th August.