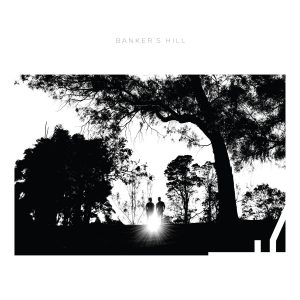 Nothing about El Ten Eleven as a band is particularly standard. Their entire setup consists of drums, a double-necked (and sometimes fretless) bass and a collection of loop pedals, yet they’ve amassed a surprisingly sizable fanbase for themselves going into their seventh album. Of course, size is all relative in this case (this is instrumental post-rock after all), but credit where it’s due – they’ve made consistently headway by respectively forging their own path.

It also helps that the music is good too, and ’Banker’s Hill’ hits just the right number of sweet spots to be a perfectly entertaining listen. The experimental edge is what really takes the duo over the top, shunning most pretentious grandeur for more direct, almost poppy tones. It leads to moments like the snappy, croaking synth-bass on ’Phenomenal Problems’ or the rubbery ’Gyroscopic Precession’ that feel so much more immediate and brimming with personality, and it’s definitely a welcome treat.

Of course, moments akin to more standard post-rock do pop up now and then (what else would you expect from a track called ’Listening To Clouds’?), but for the most part, ’Banker’s Hill’ hits an impressive winning streak almost across the board. It helps that the composition is as tight as it is; the longer runtimes aren’t a problem anyway, but little features like the precision of the guitar on ’We Don’t Have A Sail But We Have A Rudder’ offer a more tactile edge that really lands well.

What’s even more impressive again is that seven albums in, there still feels like a lot of life and creative energy within El Ten Eleven. For as many bands who’ve reached a similar point through as much prolonging as possible, ’Banker’s Hill’ feels like the product of natural creation, with a lot of tremendously good evidence to back it up. Even for non-fans of the genre, this might surprise you.