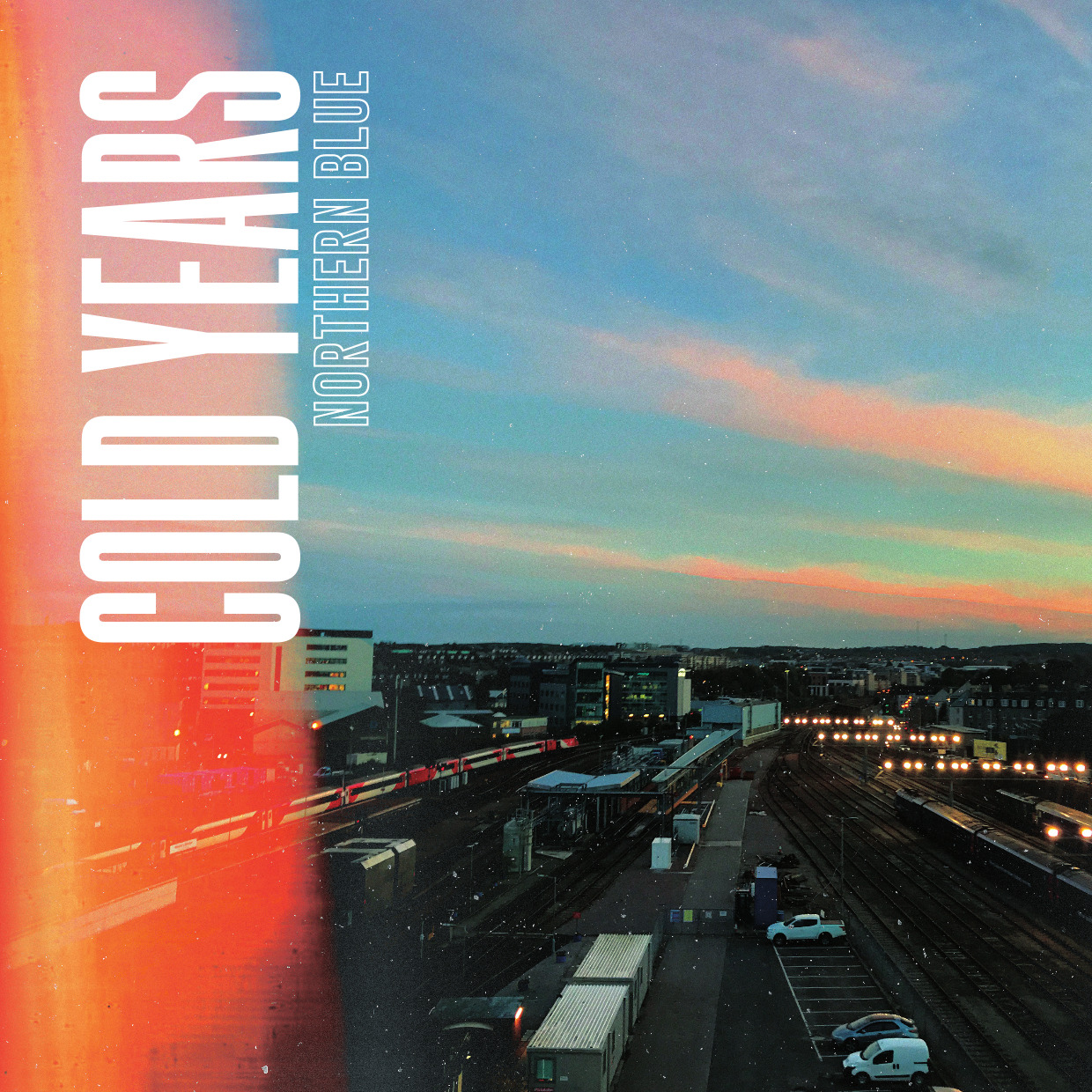 Having made a fair bit of noise with 2016’s ‘Death Chasers’, Aberdeen quartet Cold Years have returned for a third outing in the form of ‘Northern Blue’. On the aforementioned ‘Death Chases’, they founded a brand of Americana-tinged melodic rock with Ross Gordon’s weathered tongue serving as the band’s storyteller. For the most part, ‘Northern Blue’ follows a similar route yet still leaves you playing it repeatedly.

‘Seasons’ kicks off the EP in a spirited fashion. Hushed guitars allow Gordon’s words to take centre stage before giving way to a brash, addictive chorus with rousing guitars. Despite its somewhat downtrodden lyrics (“I thought I’d never lose you this way”), it’s a bright opener.

‘Miss You To Death’ keeps the momentum going with stringent guitars, big “woah”’s and its nostalgic lyrical tone. The former is a trait that threads these four songs together. On ‘What I Lost’, Cold Years take a more reserved approach as plucky guitars and steady drums serve as the backdrop to a tale of haunted memories and carefree youth.

Ideally, ‘Final Cut’ rounds off this all too short outing in an admirable fashion. It’s gradual build led by just Gordon’s soulful voice and guitar highlights his ability to subtly grab your attention. While the flourishing pay off in the final third truly sends the EP home on a high, with it’s thick drums and riveting guitar solo.

‘Northern Blue’ is tinged with mournful lyricism, although musically Cold Years deliver a sense of optimism on these four songs. They embrace the anthemic, blue-collar rock trait that has seen them repeatedly be compared to a handful of Stateside acts. Even though they’ve not quite shaken off those comparisons here, Cold Years have shown they are more than imitators. Gordon’s heartfelt songwriting and passionate delivery, alongside the band’s brand of melodic rock, makes for a satisfying listen. The only question left to ask is; can they be as efficient on a full-length?

‘Northern Blue’ EP by Cold Years is out now on Homebound Records.