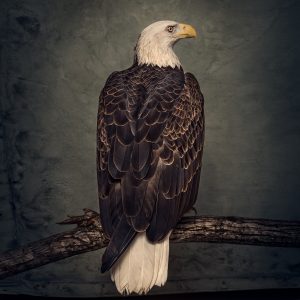 Despite almost three decades of admiration, it’s only now that Clutch are reaping the fruit of their labours, playing 1000 cap venues and decimating festival main stages. And since it’s dedication to their craft which has finally gotten them here, they may as well keep it up for ‘Book of Bad Decisions’, right?

Working alongside producer Vance Powell (The White Stripes, Arctic Monkeys), Clutch adopt a more organic tone on record no. 12, which adds a gritty connection between band and listener. Opener ‘Gimme the Keys’ has the gnashing aggression of a bar brawl and it’s stripped production sounds like the band could be playing during one.

Each member is the sum of their parts and everyone’s contribution is noted on ‘Book…’. Dan Maine’s fuzzed-to-max bass meanders through the lounging ‘Spirit of ‘76’, while JP Gaster’s brooding drum grooves brings danger to the title track’s intro. Plus, the brass ensemble on ‘In Walks Barbarella’ is an assured highlight.


Naturally, Neil Fallon’s commanding presence is a standout feature of ‘Book…’ His topics dart from tales of Native American battlegrounds to Communist witch hunts (‘Paper & Strife’). ‘How to Shake Hands’ is Neil’s opening gambit of his assured Presidential campaign as he promises to rid UFO’s and put Jimi Hendrix and Bill Hicks on dollar bills. It’s chaotic and extravagant, but still modest compared to the USA’s current administration, we suppose.

At 52 minutes, ‘Book of Bad Decisions’ might have been better as a novella, ‘Sonic Counselor’ and ‘Hot Bottom Feeder’ fail to carry any momentum. Ultimately, it’s the rawest Clutch have sounded since 2004’s ‘Blast Tyrant’ with all the character-driven furore they’ve been long since established for. This record comes out at a time Clutch are about to play enormous shows, and it’s a thank you to the fans that got them there.

‘Book of Bad Decisions’ by Clutch is out now on Weathermaker Music.