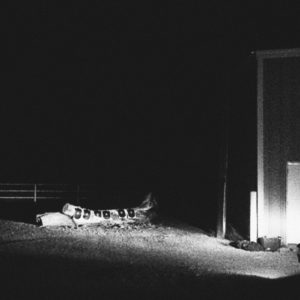 The trajectory of Cloud Nothings’ career up to this point has been pretty fascinating, chronicling their rise to critical acclaim within their scene thanks to their ragged, ramshackle blend of indie-rock and noise-rock. That interest has tended to supersede actual quality though, especially when their albums have tended to be decent at best, and messy and unfocused at worst.

Unfortunately, that’s pretty much true of ’Last Building Burning’ too. Once again, it’s another interesting album that finds Cloud Nothings undoubtedly making the most of their melting-pot of sounds, but they’ve not really advanced or made it any more listenable. That’s not to say that nothing works; the manic scrappiness of opener ’On An Edge’ and the smoky slither of ’So Right So Clean’ both do enough to engage in a way that could definitely be improved on throughout the album.

Because, more often than not, ’Last Building Burning’ feels noticeably uncomfortable in the way it toes the line between purposely lo-fi execution and just general sloppiness. It’s impressive that ’Dissolution’s multiple acts and eleven-minute runtime still allow it to slide closer to the former, but in tracks like ’The Echo Of The World’ and especially ’Leave Him Now’, the murky production and Dylan Baldi’s half-sneered, half-belched vocals just feel irritating. Even when this isn’t a particularly long album, the lack of any sort of refinement is so full-force that it can seriously begin to grate.

And none of that is to say that ’Last Building Burning’ is completely awful; Cloud Nothings are still capable of eking out a decent melody or two to prevent this slipping into unsalvageable territory. But there’s a distinct feeling that it should be better than this and that it’s more the work of a band spinning its wheels than attempting to make any meaningful progress.