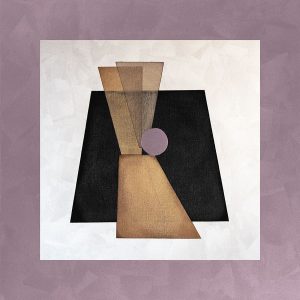 You can’t help but be captured by CHON‘s progressive take on sparkly rock music, earning the San Diego group quite a reputation. However, with this self-titled album, they’re re-setting their sound, but you don’t need to worry, they know where their strengths lie.

Previous album ‘Homey’ saw the band experiment with a laid-back electronic sound. Incorporating vocal samples, guest singers and a relaxing vibe. Those elements are gone. In their place is something of a return to their roots. ‘Ghost’ wastes in time reintroducing you to Mario Camarena’s wizard-like skill. Rapid sweeps of glimmery lead guitar are his calling card and they’re used to full effect here, and everywhere else. Erick Hansel is no slouch either and their interweaving guitars quickly re-establish the bright rock sound. At times, like on ‘Rosewood’, it feels like slipping into an old suit. Yes, it’s comfortable, but fits well and is remarkably sharp.

Given the band’s style, the songs are inherently atmospheric. Yet, here they trade heavily on big shifts in sound. Particularly on ‘Peace’, which repeatedly catches you out with abrupt twists and turns. It’s so sure-footed you can almost feel the whole band grinning at their invention. This is no bad thing as even the rhythm section plays lovely subtle flourishes, but it does feel like they’ve used their tricks before. Hence, it doesn’t quite reach the high points of their previous work.

Although less daring, the new songs do strike hard.  ‘If’ is quintessential, crammed with interlaced rapid guitar runs and a sprinkling of magic dust. While the fast, rockier sound of ‘Spike’ and staccato opening to ‘Pitch Dark’ really stand out.

Ultimately, with their self-titled album, CHON confidently step back into their comfort zone. It’s a place of fast, intelligent, quick-thinking music, so although comfortable, it’s rich and rewarding too.

‘CHON’  by CHON is released on 7th June on Sumerian Records.