Review: Ceres – We Are A Team 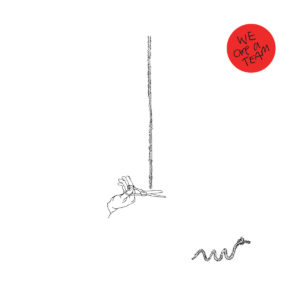 For all the praise awarded to various stripes of Australian rock, most prospects appear more attractive on paper than in practice. Nevertheless, every so often a band like Ceres comes around threatening to do a bit more. Comparisons to Jimmy Eat World are definitely encouraging, but following in the wake of Slowly Slowly’s increasing promise is what tips this new album into interesting territory.

Thankfully that’s more than just conjecture too, as ’We Are A Team’ really is a great album, channelling everything wonderful about great, heartful rock music and just running with it. There’s no flash or gimmickry to be found, and it’s all the better for it; Tom Lanyon’s down-to-earth vocals paired with the lushest of melodies is a winning combination pretty much from front to back. Whether that’s the sweeping early gut-punch of ’Collarbone, 2011’ or the more upbeat, exuberant emo-pop of ’Me & You’ and ’Viv In The Front Seat’.

That alone can reap some serious rewards, and provides enough to indeed warrant the Jimmy Eat World comparisons in the use of shades of light, but there’s a warmth to this album that really stands out most of all. It’s fine enough to be anthemic, and that’s something that Ceres already excel at, but there’s something so remarkably human about this album that makes it feel all the better. It’s a common feature in emo, sure, but it’s tapped into with such a level of assurance here, that the leg up is easy to pick up on.

That’s perhaps the most crucial reason that ’We Are A Team’ works; it’s hardly innovative or reinventing the wheel, but Ceres are so good at what they do that it hardly matters. This is simply an emo album at its most rock-solid; hitting a scope and emotionality that’s so easy to gravitate towards. It hints at potentially huge things to come. Keep an eye out for Ceres; this could be the start of something enormous.

‘We Are A Team’ by Ceres is released on 26th April on Cooking Vinyl Australia.