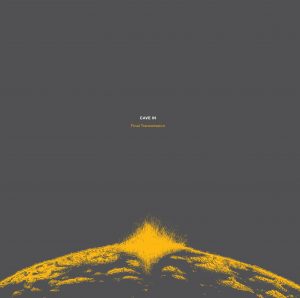 Cave In’s discography is both baffling and brilliant. Back in 2003, ‘Antenna’ and a short spell on a major label nearly broke the band. Since then, their output has been sporadic and their last release arrived eight years ago. As the band reunited to create ‘Final Transmission’, tragedy struck. Bassist Caleb Scofield was killed in a car accident. Thrown into turmoil, the band eventually finished the record. The loss of their friend haunts its creation and shapes its sound.

The poignant ‘Final Transmission’ sits as a prelude.  An acoustic demo, it was recorded by Schofield and held on an email server and remained undiscovered until after his death. It’s simple, stripped back and had to be included. It’s a contrast to everything else.

Part of the band’s allure is their ability to mix sounds without losing their identity. Undoubtedly, this is Cave In but it’s different to any album they’ve created. The metal stylings of ‘White Silence’ are gone. Instead and without repeating themselves, they revisit the space-rock sound of the ‘Tides of Tomorrow’ era. Its unusual soundscapes trade heavily on Adam McGrath’s swirling guitar. Hence, the album is anything but straightforward but with some real gems buried within it. However, it does suffer the inconsistencies of their post-‘Jupiter’ output. So, while it is a good record overall, you can easily split it into tiers of quality.

‘All Illusion’ was a little flaccid as a single and perhaps the rockier ‘Strange Reflection’ would have been a better choice. It hooks you with a searing lead guitar, groovy bass line and Brodsky’s soaring voice and is a highlight. Similarly, the unsettling guitar streaks and high vocal of ‘Winter Window’ are a standout. On the more experimental side, ‘Led To The Wolves’ is pleasingly noisy, but in a very different way to the scratchy swirling static found on ‘Lunar Day’. Both shape the album, neither is great.

‘Final Transmission’ by Cave In is released on 7th June on Hydra Head Records.