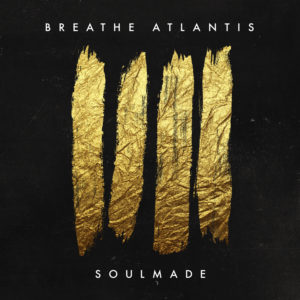 It would honestly be great if bands could stop including ‘Atlantis’ or ‘Atlantic’ in their name at this point. It might have been a novel idea at one point in conveying a sense of epic scale, but now it just makes it all the more difficult to distinguish one from the other. Not that that’s the main problem that Breathe Atlantis have when it comes to standing out, mind, especially when super-polished post-hardcore hasn’t exactly been short of patrons in the last few years.

That’s ultimately led to a band who’ve come to be little more than another minuscule cog in the machine; ’Soulmade’ is their third album and it has no more distinct personality or flair than any other mid-tier band in their scene, let alone anything they’ve done. It means that, once again, it’s time to wheel out all the usual points that come with an album like this – it’s well-produced, but could certainly benefit from a bit more than unmistakable polish, and Nico Schiesewitz has just as much power as any other helium-voiced shouter, but you’d struggle to pick him out of a lineup.

And that’s where Breathe Atlantis falter the most – there’s nothing here that even remotely sticks out beyond how neatly it all falls into line. Big choruses and palatable melodies are all well and good, and when dealt with a bit more thrumming stomp like on ’Spirit, it’s definitely an improvement, but for the most part, it’s a blurred-over paste of an album with barely an edge or flair in sight.

Of course, that would’ve been enough to see Breathe Atlantis thrive a few years ago, but today, it feels like the absolute minimum for post-hardcore in this vein. The fact that ’Soulmade’ really doesn’t offer a lot to say should make that clear, but given how often the default setting is “tolerable but instantly forgettable”, that’s something that speaks even louder.

‘Soulmade’ by Breathe Atlantis is released on 25th January on Arising Empire.