Review: Birds In Row – We Already Lost The World 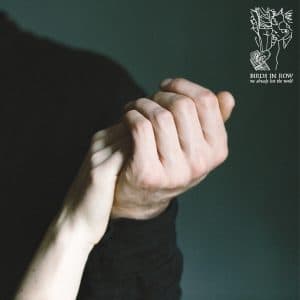 Hardcore punk trio Birds In Row released their debut album almost six years ago, and since then they’ve toured with the likes of Converge while dropping a few loose tracks here and there. Now, they’re returning to gift us with their second effort, ‘We Already Lost The World’, refocusing and taking a progressive approach to their sound.

They don’t compromise their heavier side though, and recent single ’15-38’ might be one of the best examples of this dynamic in play. Opening with a grunge-style fuzz backing and cleanly sung vocals, the song gradually builds up in volume and fury. The lyrics get steadily more unsettling in an ominous tale of frustration and nihilism. The sudden explosion of feedback-laden noise that surrounds “In the fire, how I wish you could just learn” brings their volatility to a stunning head.

‘We Count So We Don’t Have To Listen’ starts off with a traditional hardcore approach, jangling guitars entice the listener before the song barrels into a frantic wall of sound. The guitars are huge, scraping the lower end of their tunings for power while an energetic vocal performance bounces off the drums with confidence.

The way the three-piece prioritize their tools is really interesting, especially when they decide to give the basslines the spotlight. From the tense opening of ‘I Don’t Dance’ to ‘Love Is Political’s blazing fast verses, they often make for the most memorable and defining moments.

‘Fossil’ ends the album, unleashing the full fury of their relentless punk volume, a cacophony of growls, grinds and beatings for a good two minutes. The rest of the track is an acquiescent settling of the dust, a gradual and nuanced way to bring down heart-rates.

For an album that sees the band evolving and playing around their aggression, it’s an apt closer. Like the rest of the album, there’s an interesting development on the hardcore punk formula. In a year that has seen amazing and innovative shifts in sound from similar bands, Birds In Row have pushed themselves into a satisfying place without feeling outdated.

‘We Already Lost The World’ by Birds In Row is out now on Deathwish Inc.