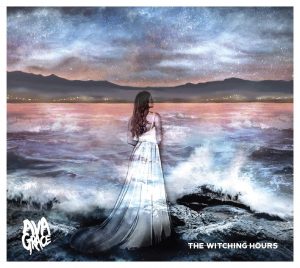 The results are satisfying. Despite a chance to build on their potential, they have stuck to the largely hook-filled rock sound. Although it does dip its toes into metal, making it feel weighty while being accessible. Again, Horton’s vocals provide the real draw here. He has a unique voice and soars on songs such as, ‘Misguided’ and the uplifting choruses of the title track. There are delicate moments too. The way he adds little flourishes on ‘Ghost’ wrings just a little more emotion out of his lyrics.

When the band bare their teeth on songs like ‘Rain,’ it can be really effective.  Similarly, the yells on ‘Close To The Edge’ work well. The smooth and fearsome nature of ‘All In Motion Pt.2’ complements the comparisons to Saosin’s self-titled era.

However, the production is quite rough in places and it sits awkwardly against the lofty sound. Rowdy gang vocals also take something away. ‘Close To The Edge’ feels messy and awkward, especially taken alongside the album’s crisper rock edge.  Also, at times, songs such as ‘Failing Friends’ and ‘Consumer Consumed’ are a bit strained. Similarly, ‘Ghost’ feels a little smothered, but you can’t deny the solid overall songwriting.

The inclusion of ‘Letters To Home’ from their 2013 EP allows direct comparison with their newer material. With its hugely powerful vocal and atmospheric opening, it’s easily one of the strongest songs here. So, while it fits comfortably amongst the newer material, you expect more.

An enjoyable, but slightly muted debut, ‘The Witching Hours’ draws on all the experience Avagrace have amassed. It firmly restates who they are and contains solid songcraft but is a little too rough and ready for its own good.

‘The Witching Hours’ by AvaGrace is released on 30th August.