Review: Aspiga – Dragged Through The Years 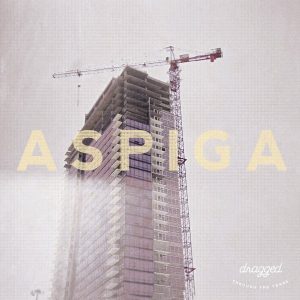 It takes a lot to impress from the world of quintessentially-American alt-punk, but the fact that Aspiga’s last couple of singles have done just that has been more than enough of a reason to keep tabs on them. They’re undoubtedly cut from the same cloth as The Menzingers, The Gaslight Anthem and the like, and though they’ve not been deviating too much from that framework, what they’ve had to offer recently has been some genuinely great stuff in terms of melody and emotional songwriting.

That’s not even mentioning that ’Dragged Through The Years’ is actually a collection of rarities and unreleased material, a fact that makes the overall quality of these tracks shine even brighter. And this really is a great album across the board, hinged on the sort of rugged, unpolished Americana that gives a track like ’Eucalyptus Nights’ its scope and wistfulness, or ’Good Thoughts’, its big-hearted earnestness.

To a degree, it really doesn’t matter that Aspiga aren’t really doing anything original; they’ve already got such a captivating sense of presence tinged with an extra layer of sourness, thanks to Kevin Day’s more nasal vocals. And while that may be a bit more testing than most in this vein, as ’August’ shows, it works as a unique feature that’s an advantage to the band. As much as emotion remains this style’s bread and butter, rarely will you find a band that can convey a sense of curdling frustration like this.

That’s not to say that they’re the greatest band in the world or anything; there’s still a decent way to go before they’re on par with their peers. But the fact that what is essentially an odds-and-ends compilation can surpass so many bands’ regular output is irrefutably impressive, and only makes the prospect of another album proper all the more tantalising. Definitely keep an eye out for Aspiga; with the right push, you’ll be hearing the name a lot.

‘Dragged Through The Years’ by Aspiga is released on 7th September on A-F Records.