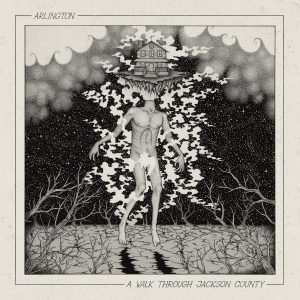 Picking up the baton from the likes of Kings Of Leon, The Strokes and The Black Keys, Arlington impress on their debut. From the beginning, their energy and vigour shine through; singles ‘Don’t Mind’ – a dynamic rock anthem with a radio-friendly quality – and ‘Hollow Moon’ – in which lyrics relating to prostitution are put alongside a buoyant instrumental – set the tone for the rest of the album well.

Arlington‘s sound is undoubtedly accessible, with a solid understanding of what makes the most popular garage-rock bands so highly regarded. Their more blues-influenced tracks are often their best; ‘Damn Shame’ and ‘Native Tongue’ are two of the standout tracks with their catchy riffs and forceful vocals, while ‘Ride Out’ instantly recalls The Black Keys with its bluesy bass.

When the trio reins things in, frontman Tyler Benko’s lovelorn vocals take centre stage. On powerful rock ballad ‘Motion’, he croons “Give me some motion/and I’m satisfied” over a warm beat, with convincing emotion. ‘Halo’ is much the same, allowing the Southern Californian band a chance to regroup between two later energetic numbers, ‘Better Men Than Me’ and ‘Children’. The former has a driving rhythm, supporting the quiet-verse/loud-chorus structure. Likewise, ‘Children’ is one of the heavier songs on the album, soaked with a bluesy guitar solo.

They only really falter when they attempt more experimentation. On ‘Mud’, the band veer into stoner-rock territory and although they deserve commendation for being adventurous, it’s ultimately not as effective as when they stick to straightforward rock.

Arlington have the sort of contagious sound that, although not revolutionary, will appeal to those who they collectively carry as influences on their sleeves. The blend of classic and modern rock is well executed throughout, yet doesn’t give them a unique and memorable identity.

‘A Walk Through Jackson County’ by Arlington is released on 26th October on Rise Records.