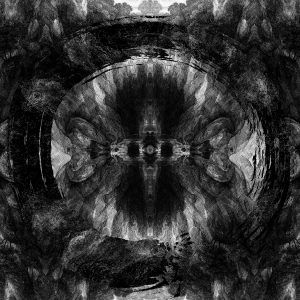 Architects‘ eighth album, ‘Holy Hell’, was always going to be a heavy undertaking. The passing of guitarist and lead songwriter Tom Searle in 2016 affected the metal community far and wide. As expected, his death casts a dark cloud over the 11 songs on here. While there’s understandably a sense of grief, Architects’ execution is delivered with defiance. Straight away, the album’s cathartic spine appears as mournful strings ease in on ‘Death Is Not Defeat’ before it erupts with pure angst.

Stylistically, Architects‘ musicianship is dynamic and razor-sharp as ever with orchestration and synths adding to their momentous sound. ‘Hereafter’, ‘Mortal After All’ and ‘Royal Beggars’ highlight this early on, proving to be ferocious.

From start to finish, the pacing and execution are on point, leaving you satisfied. Structurally, the balance of destructive blasts and brief reflection makes ‘Holy Hell’ a compelling, uncompromising record. Incoming guitarist Josh Middleton complements Adam Christianson, as they bring shredding riffs on ‘Damnation’ and ‘Dying To Hell’ along with ‘The Seventh Circle’, a venomously delivered 2-minute blast. While Dan Searle’s dense drum work simply adds to the unrelenting heaviness alongside Ali Dean’s bass lines. As for Sam Carter, this is considerably his best vocal performance on record. Every soaring scream pours out with raw, honest emotion.

At times, their words are direct and blunt as Carter questions mortality. For example, on ‘Royal Beggars’ he asks “is this price we have to pay?” Whereas ‘Doomsday’ directly deals with the loss of Tom. Ultimately, they face up to the trials and tribulations we all encounter.

‘A Wasted Hymn’ neatly culminates the album. Its grand, towering delivery sees Architects turn their pain into solace, finding hope and strength. The addition of Tom’s demos being subtly used is bittersweet.

While “the omnipresent heartbeat of the band” may no longer be with us, ‘Holy Hell’ sees Architects triumphantly soldier on, pouring their grief into a record that is sure to add to their legacy.

‘Holy Hell’ by Architects is released on 9th November on Epitaph Records.