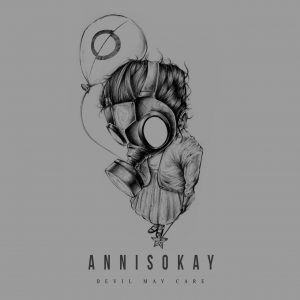 As if it wasn’t already obvious, Annisokay recently put paid to any doubts over the inspiration for their name with the release of a regrettable EP of Michael Jackson cover versions.

Fortunately, the King Of Pop is nowhere to be seen on ‘Devil May Care’, the third studio album from the five-piece. Already established in their native Germany, Annisokay will hope this effort is the impetus for greater impact internationally, and there is evidence that it could be just that.

Employing an expansive brand of post-hardcore and metalcore that takes influence from current titans of the genre, the formula is far from groundbreaking, but plays to the band’s strengths. Thundering riffs and a familiar split vocals style combine over heavily processed drums, while ethereal electronic sounds frequently provide depth and atmospherics. This final element has been replicated extensively on several recent releases by top-tier metal acts, and is fast becoming a genre convention.

A largely optimistic and hopeful lyrical tone offsets Dave Grunewald’s deeply guttural screams, exemplified in ‘What’s Wrong?’ – “You are not alone! EURGH!”. Grunewald’s unclean vocals are further balanced by Christoph Wieczorek, who sings in a soulful tenor. The interplay between the two is most effective on ‘Loud’, a highlight that opens proceedings with an irregularly measured lead riff and outstanding chorus.

Although ‘Blind Lane’ is a forgettable, mid-paced lull, ‘Devil May Care’ avoids descending into the mire of metalcore filler that pervades many efforts from similar groups. Indeed, there is more intensity, emotion and inspiration in the colossal first verse of ‘Photographs’ than there is in certain entire (much higher-profile) albums released this year.

Annisokay have the blueprint for success, and it will only take one or two breakthrough “hits” for their name to become less associated with MJ and more with the upper echelons of metalcore. It’s unlikely that those songs are to be found on ‘Devil May Care’, but this is a credible, solid effort nonetheless.

‘Devil May Care’ by Annisokay is released on November 11th on SPV/Long Branch.