Review: All Better – How It All Worked Out EP 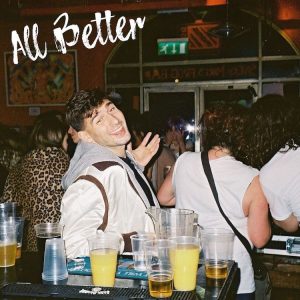 It feels as though pop-punk and emo bands are finally starting to realise that, if they want to get anywhere, it’s going to take more than the absolute bare minimum. The likes of WSTR and Weatherstate have made good strides at developing their sound to reach that point, but All Better look to be quicker to the punch than most. Their reticence to describe themselves as pop-punk is one thing, but a fantastic command of melody and pathos-driven writing has earmarked them as ones to watch.

That buildup has culminated in ’How It All Worked Out’, the sort of deliriously infectious and likable EP that could catapult this band to stardom in no time. What’s more, All Better make it look so easy as well, with enormous, pop-driven melodies and Nicholas Burdett’s easygoing vocal style that crystallises with such a richness and potency. There’s an exquisite pop core to ’Losing Forward and ’Let Go’, and paired with the scrappiness of ’Toxic Little You’, the progressions made are genuinely fantastic.

Even if the writing can dip a bit too liberally into the well of modern emo and alt-rock, All Better do so much with what they’ve got already that it hardly even matters. They’ve got a command of musical vibrancy that’s already wildly beyond their years, and when it’s played with self-assuredness, it makes these six tracks feel even more fat-free than they already are. There are no wild shifts into left field, but mastering what they’ve got is more than enough for All Better to stand out.

It’s easily enough to take them further forward; rarely does a band sound as much like the finished article this early on, but ’How It All Worked Out’ is indicative of the potential that All Better have. A few bits and pieces to tighten up notwithstanding, this is a band ready for prime time, and to see what they could do on that sort of platform is tremendously exciting.

‘How It All Worked Out’ EP by All Better is out now on Real Ghost Records.