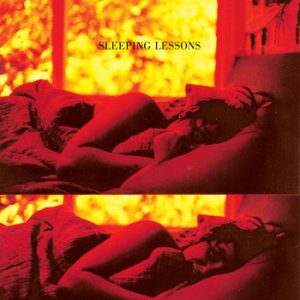 Synchronicity, or the concept of meaningful coincidences, was first coined by theorist Carl Jung in the 1920’s, yet it seems rather apt when thinking about Alien Boy’s excellent ‘Sleeping Lessons’.

Superficially, there’s little in common between Alien Boy’s emo/shoegaze sound, and the pop-punk bluster of Alkaline Trio, yet as the closing track ‘Sleeping Lessons’ transitions into ‘Goodbye Forever’ in my iTunes library, it feels like one of Jung’s ascribed ‘meaningful coincidences’. There’s a similar dark finality – futility even – between the work of the Portland indie-rockers and the Chicago titans, mixing melodrama with striking lyricism and storytelling candour.

Perhaps it’s the conclusiveness of ‘Goodbye Forever’ that makes such a comparison stark, but it ties in nicely with the boldness of Alien Boy’s ‘Sleeping Lessons’, which has a similar lyrical pull on the likes of ‘Just Kids’ (a genuine emotional wringer) and ‘Depression’. That the accompanying press release cites Alkaline Trio as an influence puts things in a perfect, albeit coincidental, package.

Led by vocalist Sonia Weber – whose vocals add drama and tension throughout – Alien Boy owe as much to 80’s goth, shoegaze and new wave indie as they do emo, but even with such classic influences, ‘Sleeping Lessons’ never feels redundant or regressive. Instead, it’s oddly triumphant; a characterful victory that lives in the here and now and could only be a product of today’s modern environment.

There’s a sadness and longing that sits at the heart of ‘Sleeping Lessons’, but it’s also an album propelled forward by pop sensibilities that breakthrough with fervent regularity. The result is an album of steeped layers and immediate hooks, both of which sink soul deep. Coincidence or none, it’s also an album that leaves an indelible mark…

‘Sleeping Lessons’ by Alien Boy is released on 31st August on Tiny Engines.