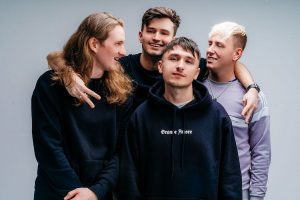 With a heatwave forecast for the weekend, just in time for Glastonbury Festival, the final round of releases for June is rather low-key. But don’t be fooled by thinking it’s completely forgettable.

For starters, Scottish pop-punks Woes look to expand their sound with their debut LP, ‘Awful Truth’. While Prince Daddy & The Hyena deliver a punk-fuelled concept album as they consider themselves to be ‘Cosmic Thrill Seekers’.

North Carolina hard rockers He Is Legend drop their sixth full-length in the form of ‘White Bat’, and Doll Skin release their Hopeless Records debut – ‘Love Is Dead And We Killed Her’.

There are also new releases from The Appleseed Cast, Softspoken, Horse Jumper of Love, Thenighttimeproject and more.