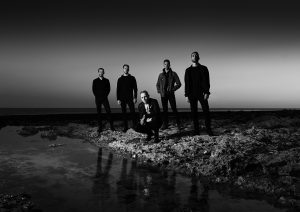 At this time of year, many music fans have one eye on making their end of year lists but as today’s list of releases show, there are some potential late contenders.

One of the main records that could appear on those all-important lists is ‘Holy Hell’ by Architects. While you can expect to hear polarising comments on ‘Simulation Theory’, the eighth studio album from stadium rockers Muse.

Away from the major names, there is a whole host of notable releases. Sludge/post-metal unit Ohhms return with ‘Exist’, genre-mixing metallers SHVPES deliver ‘Greater Than’, and Against Me!’s Laura Jane Grace goes down an Americana route as she and the Devouring Mothers with ‘Bought To Rot’.

Finally, Hopeless Records launch their first ‘Songs That Saved My Life’ compilation. Featuring cover songs performed by Neck Deep, Taking Back Sunday, As It Is and others, the album aims to raise money for suicide prevention and mental health charities.