The stage splits and sponsors for the first Radstock Festival in Liverpool have been announced with Monster Energy, Hard Times Clothing, Big Deal Clothing, Orange Amps and Atticus Lager sponsoring the one-day festival.

There will be no clashes between the Monster Energy Stage and the Big Deal Clothing Stage, whilst the after party (free to ticket holders / 18+) will include special guest DJ sets from The Blackout and Yashin.

The full lineup and stage splits can be viewed by clicking read more.

Radstock Festival 2013 will take at Liverpool’s O2 Academy on Saturday 30th March 2013. Tickets are £25 and can be purchased here. 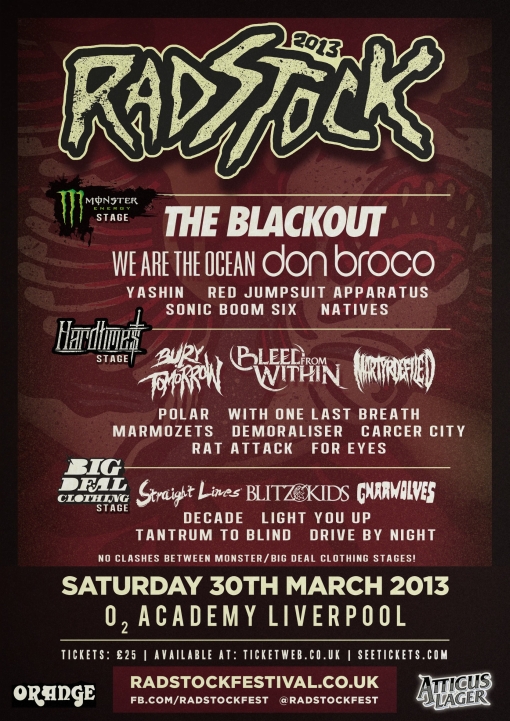